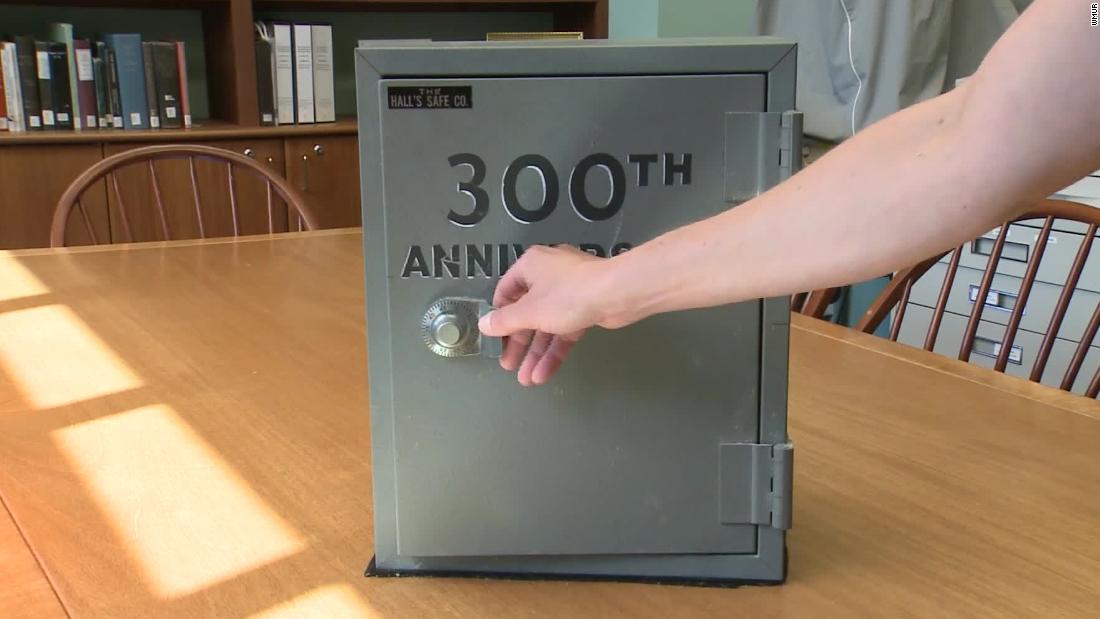 Turns out, they're all wrong: The capsule was empty.

For years, the unopened safe sat on a dusty shelf in a Derry library. In honor of its 50th anniversary, library director Cara Potter decided to find out what it contained before its public reveal, CNN affiliate WMUR reported.

Flanked by a small crowd of local historians and town officials, Potter opened the capsule. It took a few tries to get the old door free, but once it was, the group was disappointed by what they did – or rather, didn't – find.

"We were a little horrified to find there was nothing in it," Potter said.

The capsule was set to be unveiled at nearby Londonderry's Old Home Day celebration on Saturday. Town Manager Kevin Smith broke the news to a disappointed crowd.

"It turns out we have our own little whodunit," Smith said, according to the New Hampshire Union Leader.

Derry historian Paul Lindemann told the paper that there was no list of its contents, but the safe was "said to include" a film reel of a driving tour of the town.

Could someone have cracked the combination lock and stolen the goods? Perhaps. But it's also possible there was never anything in it at all.

Potter speculated it might've included memorabilia from Alan Shepard, a Derry native and the first American astronaut to travel to space. But for now, the contents ̵1; if there were any – of the 1969 time capsule will remain lost in time.

"We won't know what happened to them," she said.
Source link