A 'Sesame Street' Muppet shares her mother's struggle with addiction 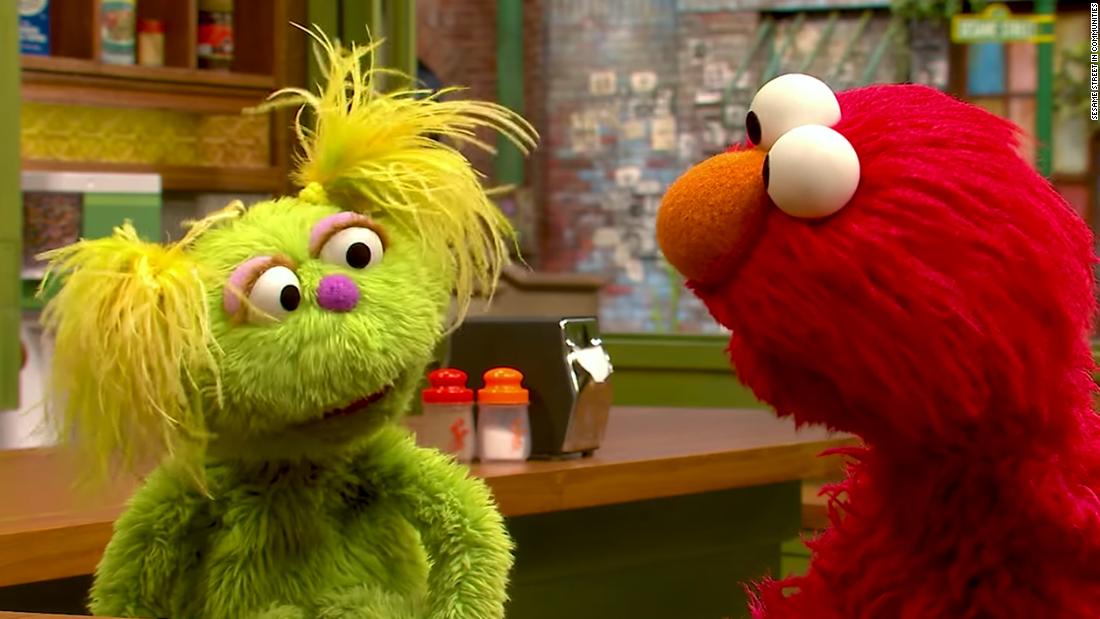 Sesame Workshop, the organization that produces the beloved children's show, has created a series of videos that features 6-year-old Karli talking to her friends about her mom's struggle with addiction.

Karli came to "Sesame Street" in May to stay with a foster family because her mother was "having a hard time."

In the latest videos, she tells Elmo, Abby Cadabby and other friends that her mom had to go away for treatment and that she is now in

Karli told Elmo that her mom goes to meetings every day to help her stay healthy.

"My mom needs help learning to take better care of herself," she said in one video. "So she talks to people with the same problem."

Karli says she goes to a special meeting for kids where they can share their experiences.

In a statement, Sesame Workshop said that about 5.7 million children under age 11 in the United States live in households with a parent with a substance abuse disorder. That's one in eight kids, and doesn't include children who aren't living with a parent due to separation or divorce, incarceration or death as a result of their addiction.

"For children who connect to Karli, hearing," It's not your fault – you're not alone, and there are safe people and places that can help, 'opening a path to hope and healing,' Jerry Moe, national director of the Hazelden Betty Ford Children's Program, said in the statement. He was one of the advisers for the initiative.

The site has resources and activities for children and caregivers in English and Spanish.
It also introduces Karli to a 10-year-old girl named Salia, who shares what it has been like for her and her little sisters as their parents dealt with their addictions.

"I'm proud of Mom and Dad for asking for help, and not using drugs or alcohol anymore. And they're proud of me, for just being me, "she said in the video.

Sesame Workshop says it wants children to know that they're not alone and to give them tools to help cope with the difficult feelings they're having if their parents are suffering from addiction.