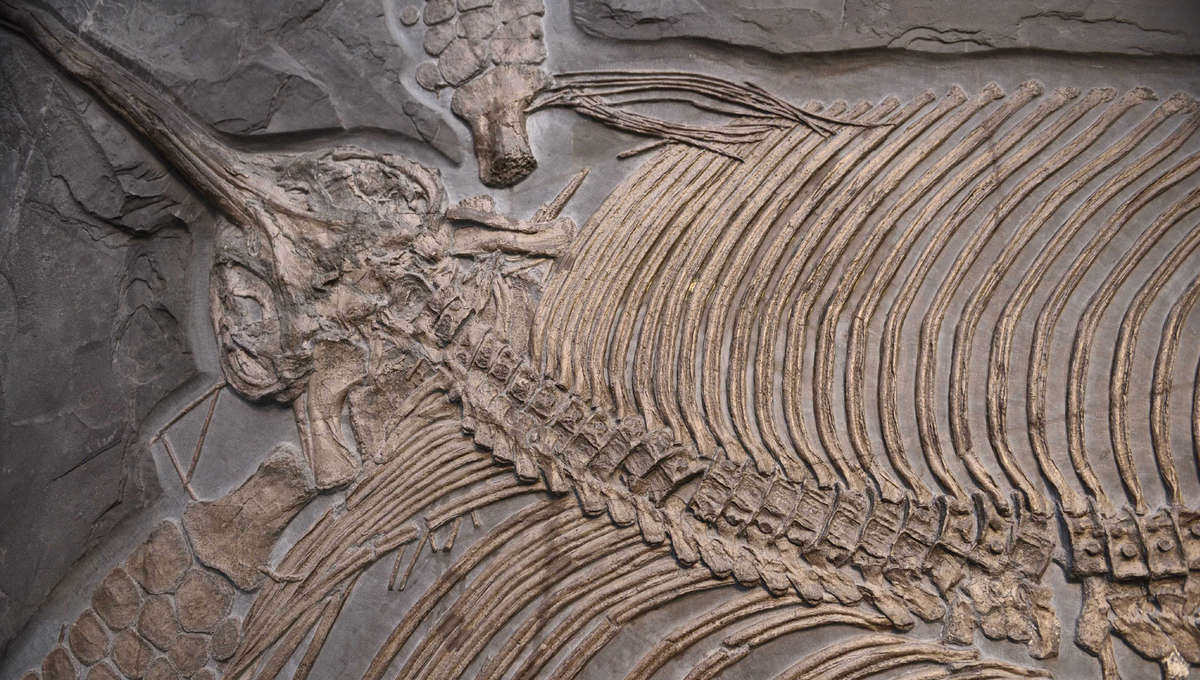 There are many instruments used to make scientific discoveries, from pickings and chisels to powerful electronic microscopes. Now the honor can also go for a selfie stick.

It was not a typical selfie stick used by Russian paleontologist Nikolay G. Zverkov to get a better angle. While at the Natural History Museum in London, he wanted to zoom in closer to the fossil to a 150 million-year-old late jurist, a prehistoric sea monster resembling a confused dolphin with bulging eyes and very frightening teeth. The skeleton had been in the museum for a century but looked suspiciously like a genus of ichthyosaurs that Zverkov recognized. Because the glass cabinet was too high mounted on the wall, he brilliantly connected his digital camera to a fishing rod and took some pictures that made a huge revelation.

Since Zverkov had seen strangely similar skeletons in Russia, he drew this bizarre move to see if they were really the same extinct creature or not. After emailing the photographs from the fossil to paleontologist and Baylor University graduate student Megan L. Jacobs, she realized that the skeletal morphology was consistent with ichthyosaurs found in the UK. She and Zverkov were able to prove that the specimen that had been hanging in the Natural History Museum for so long was actually the same type of ichthyosaur as the Russian and British examples. This particular ichthyosaur, Nannopterygius enthekiodon, seemed rare until it turned out to be much more widespread due to a photo taken with a selfie stick.

; Jacobs said. “Now after finding examples from museum collections across the UK, Russia and the Arctic – as well as several others Nannopterygius species – we can say Nannopterygius is one of the most widespread genus of ichthyosaurs in the Northern Hemisphere. “

Ichthyosaurs (Eurhinosaurus the image at the top) was one of the terrible marine reptiles that ruled the oceans for 76 million years. Nannopterygius enthekiodon, the first part of its scientific name, which literally means “small wing” with respect to its fins, was about 5 feet long, with its tail up half its body length. This creature thrived in the warm and shallow waters that covered what is now most of Europe. Its sharp teeth were covered with cement which prevented them from falling out, which explains enthekiodon or “clogged tooth”. These teeth are believed to have clung to fish that also lived on the surface. It must have had no trouble chasing them because its legs revealed that it was a fast, torpedo-shaped swimmer, an ambush predator that shot over short distances to snap up frightened prey.

Zverkov and Jacobs recently published their results in Zoological Journal of the Linnean Society, where they state that N. enthekiodone was not as rare as previously thought to be, and that another species of Nannopterygius, N. borealis, had been discovered in the process of going through Russian copies. Both species are related to the much larger ichthyosaur Opthalmosaurus. This carnivorous animal threw itself so deeply for a meal that some fossils reveal signs of being affected by the bends. With saucer eyes that were like night vision goggles, it navigated the eldritch depth of the ocean in search of the octopus it requested.

So the next time you go to a museum, remember to bring a selfie stick, because you never know what might be deceiving there – even though it’s been dead for hundreds of millions of years.