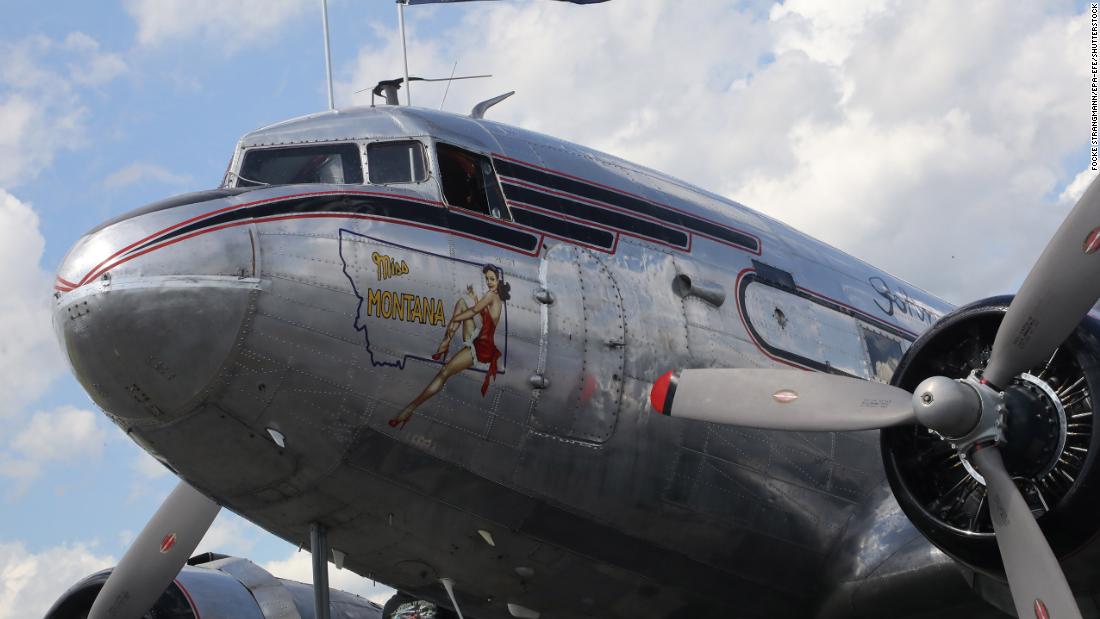 Part of that support comes through a special World War II plan from Montana.

The C-47 plane, known as Miss Montana, left the state on Saturday for its journey down south. It stopped in Florida and sometime on Monday it will leave Fort Lauderdale to deliver the first food load for Bahamians in need, according to CNN affiliate KECI. Volunteer pilots hope to deliver 40,000 meals a day to the island nation, hammered by Hurricane Dorian.

The volunteers had originally planned to make deliveries for two weeks but would stay longer if needed.

"Working for helping others; which is fantastic," says Eric Komberec, one of the pilots flying the plane down to the Bahamas. "The aircraft it did for it. It's the perfect aircraft for that. "

About $ 5,000 in donations has also helped the volunteer fill backpacks with supplies will be delivered through Miss Montana. In these backpacks there will be many things that hurricane survivors are in desperate need of, like toothbrushes.

"People move from shelter to shelter and school to school or wherever they can sleep, and it gives them something to put their things to take, "volunteer Tia Komberec told KECI.

Hurricane Dorian decimated much of the Grand Gahamas and Abaco Islands in northern Bahamas. The official death toll from the storm remains at 50, but officials warn the number will almost certainly rise.

The aircraft is located in the Museum of Mountain Flying in Missoula, Montana, and the museum offered to donate aircraft services and cargo capacity one for the hurricane relief effort, according to the volunteer group's Facebook post, as a tribute of sorts to the pilots who flew under the Berlin Airlift seven decades ago.
Miss Montana was built near the end of the war. It doesn't fly during World War II, because the war ended before it ended, says a website run by the volunteers who helped restore the planet. For several years, the plane carried firefighters and smokejumpers who fought forest fires in Montana.

Earlier this year, Miss Montana flew to Europe to attend the festivities for the 75th anniversary of D-Day.