A happy ending after a homeless woman’s story on TV 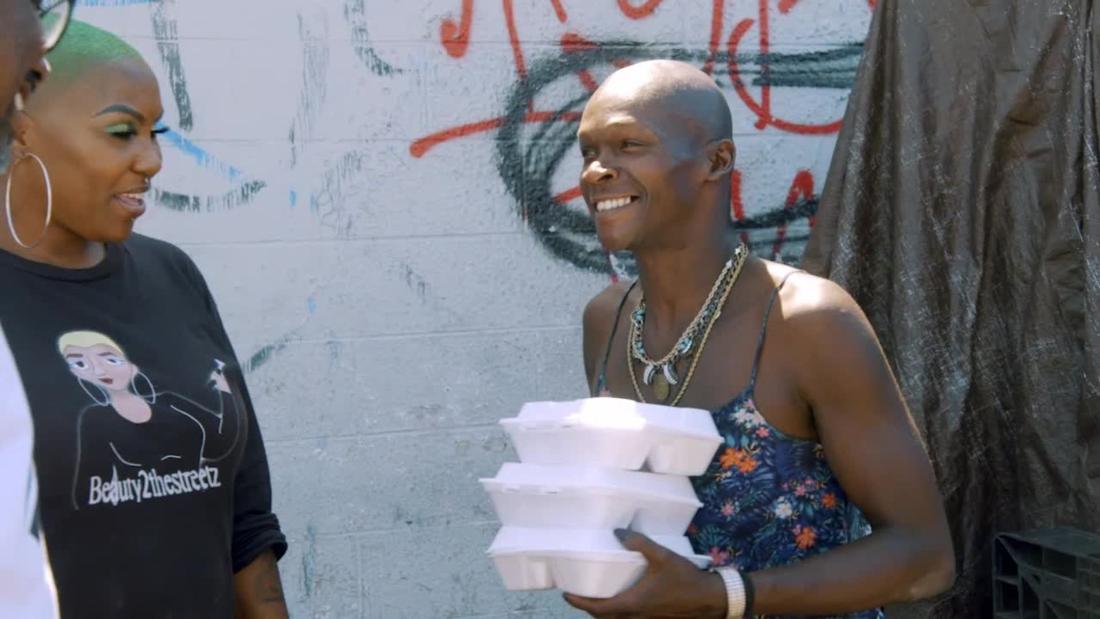 Q, who is transgender and HIV-positive, says in the episode that she felt vulnerable and lived in the main part of Skid Row.

Raines runs Beauty 2 The Streetz, a non-profit organization that provides hairstyles, make-up and food to Skid Row residents. She has helped take care of Q for the past four years.

;, so that’s why Q and other gay and transgender members live a few blocks away.

“If you can not protect and defend yourself, you do not go to the line,” says Raines. “You stay here.”

Despite the challenges she faces, Q maintains a positive outlook.

“I love life. I just love the smell of nature, the flowers, the plants,” she says. “This is also a world. We may not have the luxury things they have down there, but we are human just as they are.”

A few weeks after the episode “United Shades of America” ​​aired on CNN, Raines revealed some good news about his friend: Q’s family saw her on the show and took her home.

Raines said it had been 26 years since Q had seen her family, and while some of the homeless men and women she has worked with have taken to the streets, very few are reunited with their relatives.

“She sleeps in a bed, eats at a table and lives the life that everyone deserves to live,” Raines said. “She has ‘miracles’ written over her.”