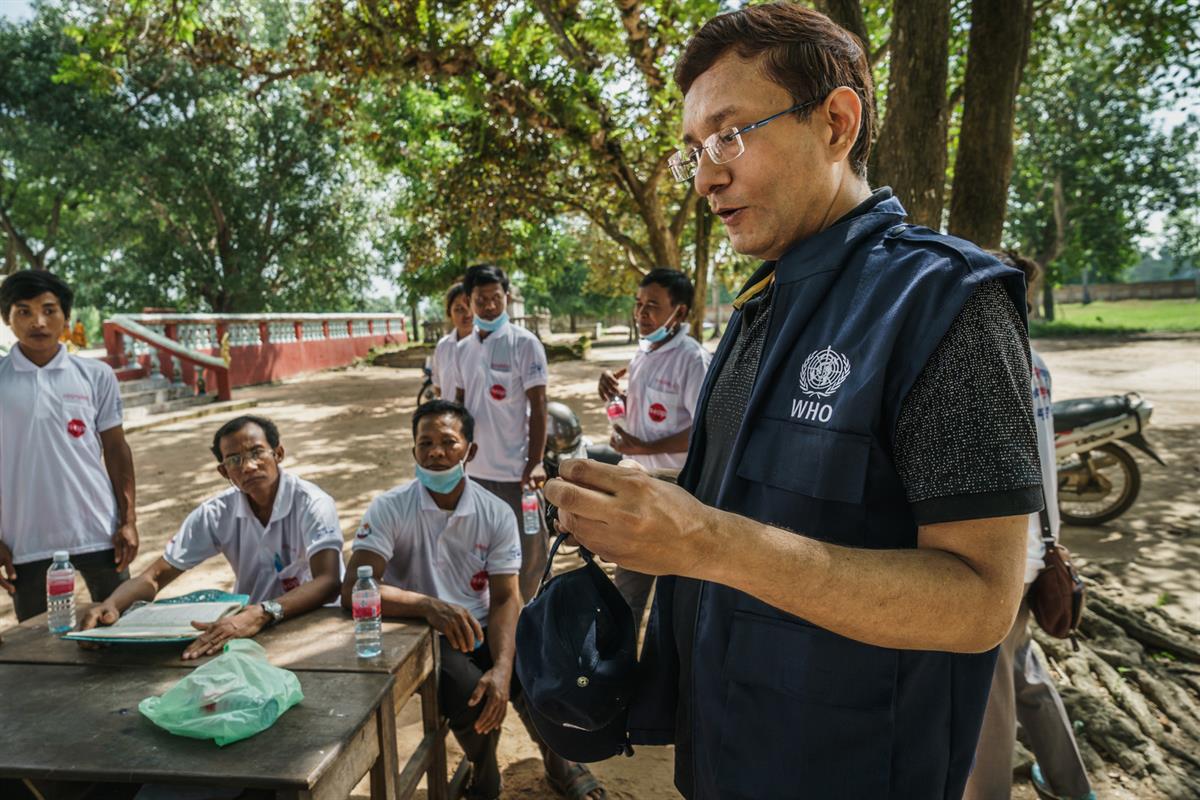 More people received life-saving treatment for tuberculosis (TB) in 2018 than ever before, largely due to improved detection and diagnosis. Globally, 7 million people were diagnosed and treated for TB – up from 6.4 million in 2017 – which enabled the world to meet one of the milestones against the UN's political declaration targets for TB.

WHO's latest global TB report says that 2018 also reduced the number of deaths from tuberculosis: 1.5 million people died from tuberculosis in 2018, from 1.6 million in 2017. The number of new cases of tuberculosis has steadily declined in recent years. However, the burden remains high among low-income and marginalized populations: About 1

“Today, we mark the first milestone that has gone into trying to reach people who have missed services. to prevent and treat tuberculosis, said Dr. Tedros Adhanom Ghebreyesus, WHO director general.

"This is proof that we can achieve global goals if we come together, as we have done through Find.Treat.All.EndTB's joint initiative of WHO, Stop TB Partnership and Global Fund to Fight AIDS, TB and Malaria. ”

WHO's latest global TB report, released today, highlights that the world must accelerate progress to reach the goal of sustainable development to end tuberculosis by 2030. The report also notes that an estimated 3 million of those with TB still does not receive the care they need.

In many countries today, fragile health infrastructure and labor shortages make it difficult to provide the correct diagnosis and treatment for tuberculosis. Weak reporting systems are another problem: care providers can treat people but fail to report cases to national authorities, leaving an incomplete picture of national epidemics and service needs v. Furthermore, up to 80 percent of TB patients in high-stress countries spend more than 20 percent of their annual household income to treat the disease.

Dr Tedros added: “Continued advances in TB will require strong health systems and better access to services. This means a renewed investment in primary care and a commitment to universal health coverage. "

Last month, heads of state agreed on a policy statement on universal health coverage at the UN in New York, emphasizing the importance of expanding service coverage and commitment specifically to strengthen efforts to address infectious diseases such as HIV, TB and malaria.

However, child health programs still do not always focus sufficiently on tuberculosis: half of children with tuberculosis do not have access to quality care and only a quarter of children under 5 years in households affected by tuberculosis are currently receiving preventive treatment.

Drug resistance is another obstacle to ending TB. In 2018, there were an estimated half a million new cases of drug-resistant TB. Only one in three of these persons participated in treatment.

New WHO guidance aims to improve the treatment of multidrug-resistant TB by switching to completely oral regimens that are safer and more effective. The guidance is part of a larger package of steps released on March 24, 2019 – World TB Day – to help countries accelerate efforts to end the disease.

"WHO works closely with countries, partners and civil society to accelerate the TB response," said Dr. Tereza Kasaeva, director of the WHO Global TB Program. "Working in different sectors is the key if we are to finally get better at this horrible disease and save lives."

The fight against TB remains chronically underfunded. WHO estimates the deficit for tuberculosis prevention and treatment in 2019 to be $ 3.3 billion. International financing (which is crucial for many low- and middle-income countries) amounts to USD 0.9 billion in 2019, with 73% coming through the Global Fund. Last week's successful replenishment of the Global Fund will be crucial in strengthening international funding.

The largest bilateral donor is the US government, which provides nearly 50% of the total international donor funding for TB when combined with funds channeled and distributed by the Global Fund.

There is an urgent need for funding for TB research and development, with an annual deficit of US $ 1.2 billion. Priority needs include a new vaccine or effective preventive drug therapy; rapid diagnostic tests for care; and safer, simpler, shorter drug regimens to treat tuberculosis.

"To accelerate TB research and innovation, WHO is developing a global strategy," adds Kasaeva. "We collaborate with academia, research networks such as the BRICS TB Research Network and partners including the Bill & Melinda Gates Foundation, UNITAID and others in an effort to bring innovations into practice to break the path of the TB epidemic." [19659006] Notes for editors

Tuberculosis (TB) is caused by bacteria (Mycobacterium tuberculosis) that most often affect the lungs. Tuberculosis is curable and preventable.

About a quarter of the world's population has latent tuberculosis, which means that humans have been infected with tuberculosis bacteria but are (not yet) sick with the disease and cannot transmit it.

The highest burden of TB in 2018 is in eight countries: Bangladesh, China, India, Indonesia, Nigeria, Pakistan, the Philippines and South Africa.

Brazil, China, Russia and Zimbabwe, which all have high TB ​​burden, achieved treatment levels of more than 80 percent.