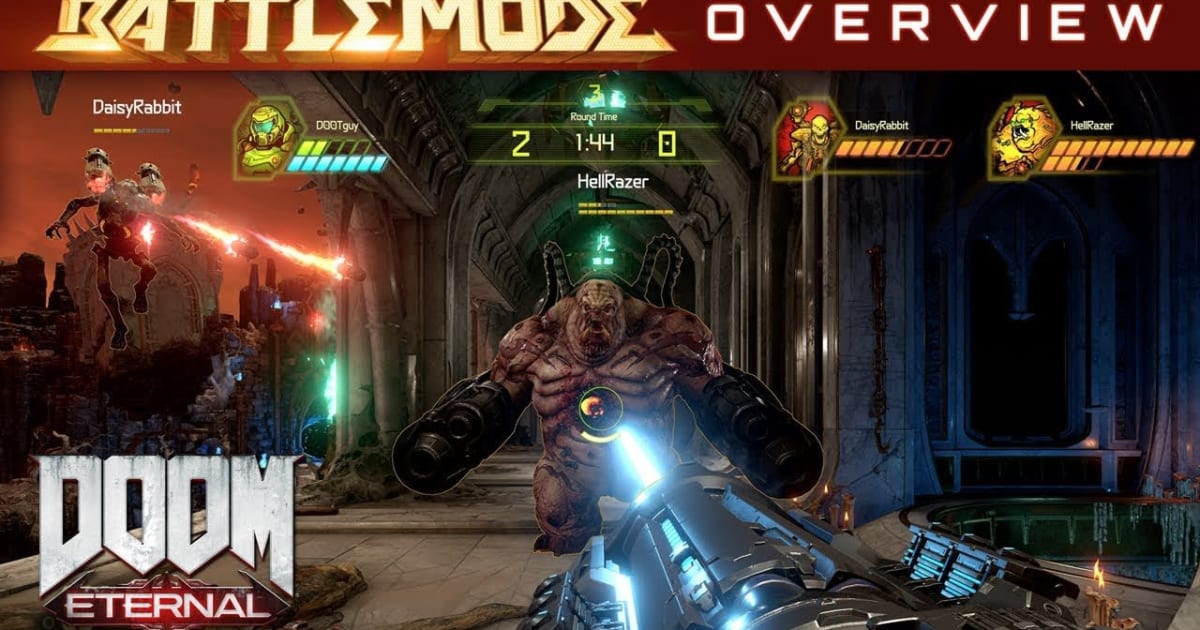 Launching on November 22 along with a player's campaign mode, Doom Eternal's multiplayer mode is a strict 2-versus-1 affair. A player will take on the role of Slayer, the iconic green hero of the series. The other two players can choose from five demons, each with their own pros and cons. For example, Pain Elemental can fly but has low health statistics, while Mancubus acts as a tank.

Each side of the battle must think strategically to win. Slayer can generate power-ups or health depending on how he or she kills opponents, while demons can trap and call AI enemies to overwhelm Slayer.

To win a match, Slayer must initiate a 20-second countdown, which begins to tick when a demon is killed. If he kills the other demon, Slayer wins. Otherwise, the first demon answers with half of its health bar. All the demons have to do to win is to kill Slayer.

Doom Eternal will be launched on Windows, PS4, Xbox One, Switch and Google Stages, with six Battle Mode maps on day one; More free downloadable stages will come later.