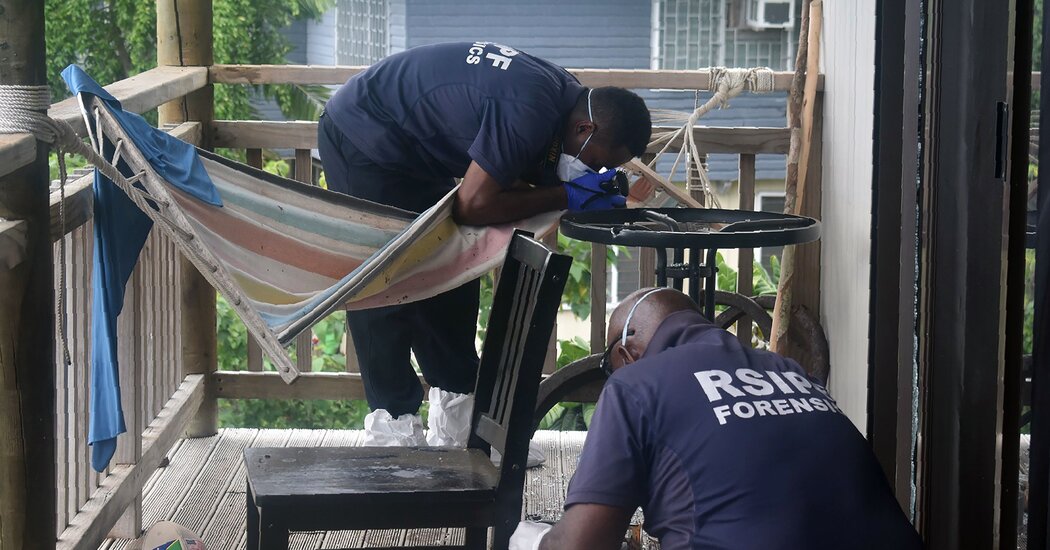 DARWIN, Australia – An Australian and a British man working to map a deadly legacy of World War II unexploded ordnance have been killed in the South Pacific region of Solomon Islands after a bomb they were working on detonated.

The blast occurred on Sunday inside the house that the two explosives experts shared in a suburb of the capital Honiara. The police and the humanitarian group they worked for, Norwegian People’s Aid, expressed shock that the men had removed the ammunition from the field and taken it to a residential area.

“We will decide what to do with the UXOs after the investigation has located them,”

; said Clifford Tunuki, the police inspector, about the unexploded ordnance in a statement released on Sunday. An official investigation is underway and the website is being treated as a crime scene, he added. It was unclear if nearby homes were damaged.

Per Hakon Breivik, the aid organization’s disarmament director, said he had known one of the men, Stephen Atkinson, 57, in the UK, for more than 20 years, and that Mr. Atkinson and the other bomb expert, Trent Lee, 40, in Australia, were “dedicated” professionals.

Mr Breivik said his group had no information on why the ordnance was in their home, although he expressed concern about their actions. He added that the aid group’s operations in the Solomon Islands had been suspended.

The death has left a dangerous legacy hidden in the sandy soils of Solomon Islands, a group of atolls between Papua New Guinea and Hawaii full of shells and bombs left by Japanese and Allied forces during World War II.

During the 75 years since the war ended, dozens of people in the Solomon Islands are believed to have been killed or maimed by ammunition, but lack of funding has prevented their removal.

“Every single site that was either a garrison or a battleground has inherited some form of dangerous heritage,” said John Rodsted, a leading researcher with SafeGround, an advocacy group for the removal of explosives left after the war. The organization has made several research trips to the Solomon Islands but was not involved in the current mapping work.

Unexploded ordnance from World War II remains a problem in many parts of Europe – dozens of units, including grenades, are removed every year from backyards, fields and construction sites in Britain, France and Germany. But while the discoveries, which occur with surprising regularity, often lead to evacuation, injuries are unusual.

But in the Solomon Islands, a country where more than 75 percent of the population works as agricultural workers, buried ammunition can turn agriculture into a deadly occupation. “They are afraid of their country,” Rodsted said.

There are no official statistics on the Solomon Islands on the number of deaths and injuries due to unexploded ordnance. Lawyer groups, based on information from the police and medical staff, estimate that about 20 people are injured or killed by the explosives each year.

Many rural episodes are not reported when people are unable to reach medical facilities. In some cases, units are harvested illegally and used for fishing, which can also lead to underreporting of damage.

However, although the size of the problem is believed to be significant, lack of data on the number of devices and their location has made it difficult to remove them. The two men who died on Sunday had been part of the first large-scale attempts to assess and map them.

Lee, the Australian expert, acknowledged the danger of his work last month in a Facebook post in which he described a US naval tour as “pretty much the most dangerous WW2 ammunition we find.” The unit, he wrote, was “tense and ready to fire.”