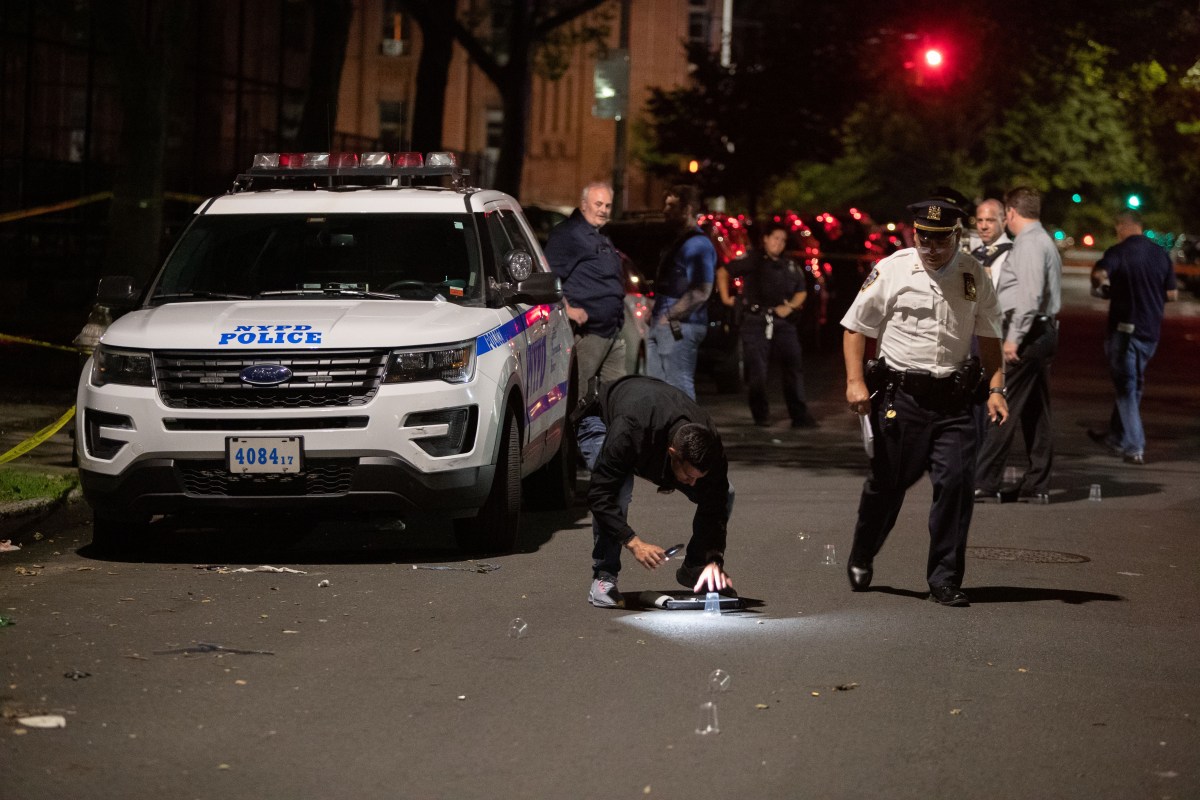 A 1-year-old boy and three men were shot at a cooking area outside a Brooklyn park on Sunday night, the law says.

The four victims were injured when a shooter, possibly in a passing vehicle, opened fire in their direction at about 11:35 a.m. near Raymond Bush Playground on Madison Street and Marcus Garvey Boulevard in Bedford-Stuyvesant, sources said.

The baby was hit in the stomach and taken to Maimonides Medical Center, where he is expected to survive, police say.

The three men, ages 27, 35 and 36, were also hospitalized and expected to survive, sources and police say. They are managed in the ankle, groin and leg respectively.

Several belongings, including a stroller and many chairs, were left on the sidewalk after the shooting.

Among the victims were two boys, ages 12 and 15, who were wounded in separate shots in Brooklyn and Harlem earlier Sunday night.

The 12-year-old was shot in the leg around 21:10 at Prospect Place near Ralph Avenue in Crown Heights, police say.

About 5:30 pm, a 15-year-old boy was shot in the wrist of Adam Clayton Powell Jr. Boulevard near West 143rd Street, police say.

Both youths are expected to survive, police say.

Will New York slam Trump with a surprise in October?

Harris favored when Biden was closer to the VP election