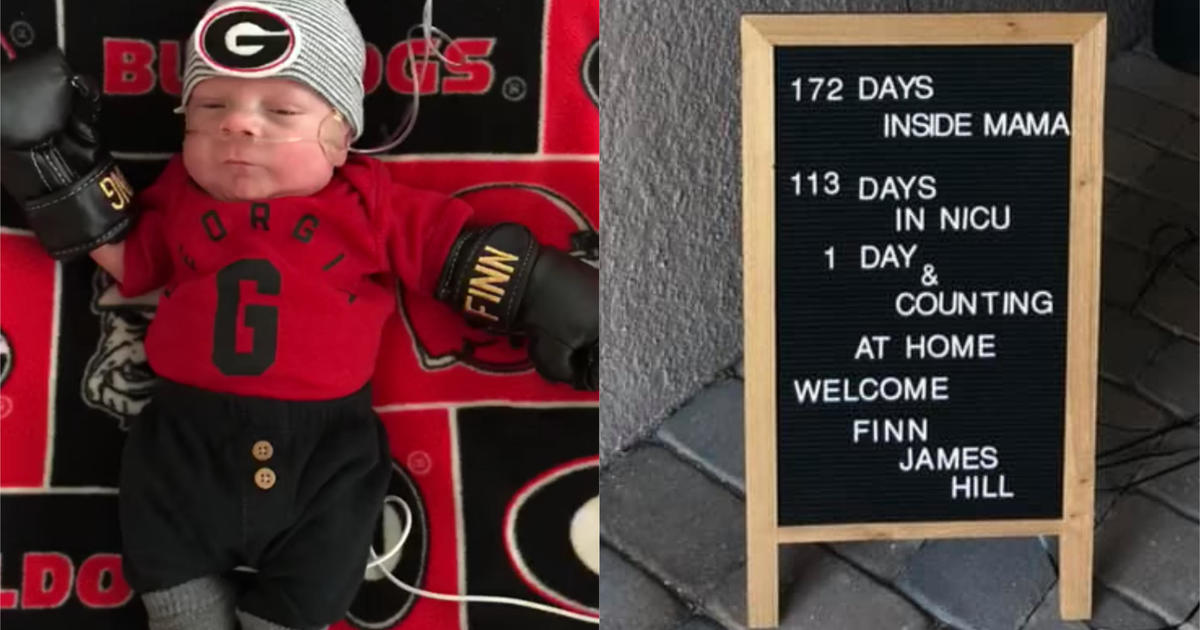 "Fighting Finn" Hill is not a boxer, but he has an endless strength that would impress all heavyweight champions. Fighting Finn is about four months old and when he was born he weighed just under a pound. Preemie spent over 100 days in the NICU at Nemour Children's Hospital in Orlando – and after a long battle, he finally comes home.

Some parents, Jessica and Chris Hill, posted a video of their little son on Facebook the day he finally left the hospital. He wore a Georgia Bulldogs gear and boxing gloves. Finn was a vision of strength ̵

1; but the journey up to that point was not easy.

The Hill family's journey was actually not easy until Finn was brought to the world. The couple struggled with infertility for "nine long emotional years," according to a GoFundMe page dedicated to their family.

They almost gave up and then found a new alternative: Adopt an embryo. They adopted two embryos from a family and transmitted them on December 19, 2018. Although they lost one of the babies' heartbeats, Jessica soon became pregnant with a son.

Throughout her miracle pregnancy, Jessica treated a worryingly large blood clot. Her water broke unexpectedly on May 21 and she gave birth to her extremely premature son.

But Finn was a fighter. His parents even created a Facebook page "Fighting Finn" to keep friends and relatives up to date on his progress. The hills caught miraculous milestones – the first time Finn opened his eyes – and an operation to close a hole in his heart.

It was a slow and steady race, but Finn finally won on September 10 when he could go home after 113 days in the NICU. Finn already has his first medical period and his mother says his checkup went well.

The Facebook page "Fighting Finn" continues to be updated with news of Hill's son. His latest obstacle: acid reflux. But it is common for infants, so it seems like the worst may be behind him.