Breaking News
Home / World / 1 dead after 65-foot crane collapsed on the house in London, search and rescue is ongoing

1 dead after 65-foot crane collapsed on the house in London, search and rescue is ongoing 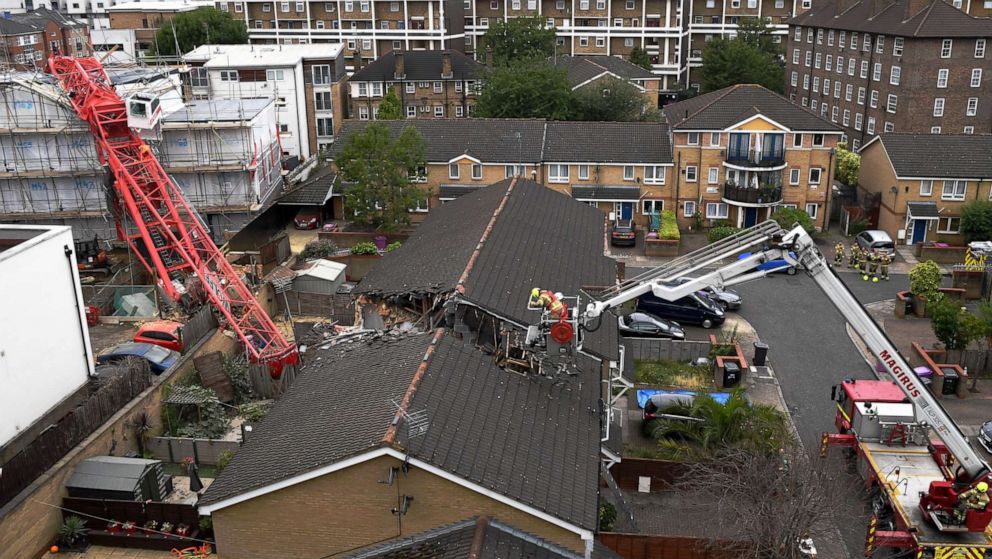 Fire and ambulance services work in response to the incident.

1; One person died and at least four were injured when a 65-foot crane collapsed at a sub-development residential building in London on Wednesday.

The person who died, who has not been identified, was found and died at the scene, according to the London Ambulance Service.

Of the four injured, two were treated “for head injuries and taken to hospital,” the London Ambulance Service tweeted. The other two were assessed but were not taken to the hospital.

“A 20 meter crane [65 feet] has collapsed on a development house and in two townhouses at Compton Close, “London Fire Brigade Assistant Commissioner Graham Ellis said earlier in a statement.” Our urban search and rescue crews carry out a complex rescue operation and use specialized equipment to search the properties. ”

“This is a response from several agencies and is likely to be a prolonged incident. I would ask people to avoid the area,” he added.

The fire brigade was called at 14.39 and crews from surrounding stations descended on the scene. The London Ambulance Service tweeted that they had sent several teams to the site of the collapse.

Aerial photos from the site show the crane lying over a multi-family house, where part of the crane has crushed through the roof of an adjoining house.